A Guide to Mobile Game Testing 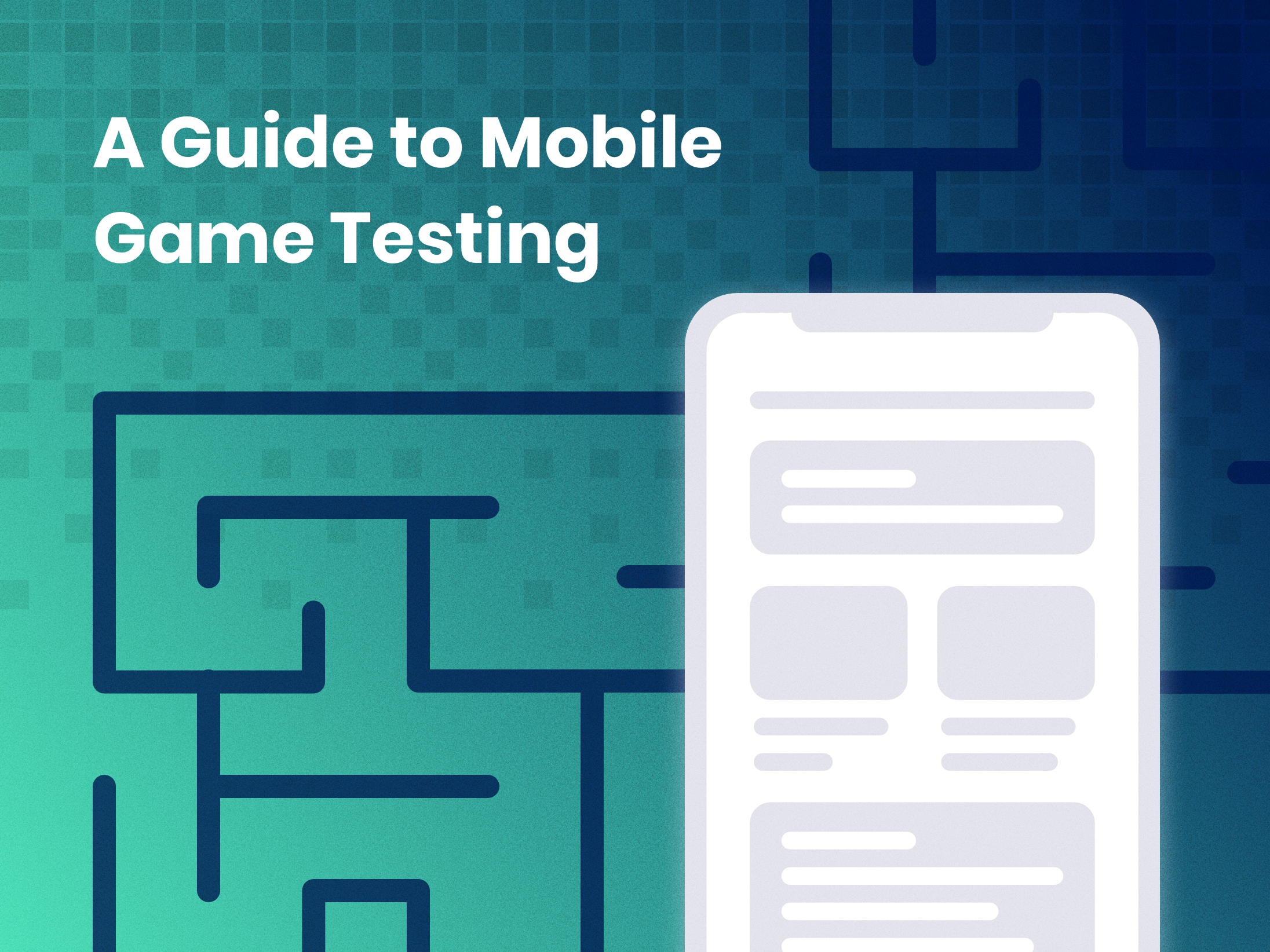 The mobile game market has exploded in growth in the past decade. Dating all the way back to consumers playing a quick game of 8-bit bowling on their Nokia in the early 2000s, mobile phone technology immediately gave rise to a desire for incorporating mobile gaming. With that demand has come massive growth and opportunity; in 2020, mobile game revenue topped out at 10.73 billion dollars across the industry. Mobile game users cross generational lines, with people young and old enjoying the gamut of games available in the convenience of their own pocket.

For mobile game designers, their software is often complex in user performance and requires a variety of tests that differ from that of typical mobile apps. We’ll use this space to outline potential testing options for mobile game QA (quality assurance) testing, in what ways it separates itself from general app testing, and examine a few common cases that mobile game testing facilitates app success.

The first big question a mobile game designer is going to face in testing is the one on any tester’s mind: do we go the manual or automated route? The answer to this question will depend on a variety of metrics, ranging from time to launch all the way to the dedicated budget.

With that in mind, the unique gestures that users make while playing a mobile game elevate the benefits of manual testing platforms for game designers. Automation can certainly help with time and budget crunches, but the nature of automated testing relying on simulated devices tends to struggle when it comes to assessing how users touch and feel certain devices. Mobile games often require users to go beyond simply tapping and swiping, maneuvering to a whole host of possible controls that see users manipulating their phones with multiple taps and rotations occurring simultaneously. This means that a manual testing platform, in which actual testing of user gestures on a range of real iOS and Android devices, is typically going to be the choice that game designers look to if budget and time aren’t major factors in decision-making.

Of course, testing games on multiple devices requires access to those devices and the time for testers to go through rigorous test performances on each device with their own manipulations. This can add up quickly, and it’s a primary reason why mobile game testing will cycle between these two options. There are options that have emerged in recent years that allow manual testing environments in a more automated fashion, and so mobile game designers can extend their scope with an assessment of which option works best for their team.

The Whole World At Your Fingertips…

Another special consideration that extends to mobile game QA testers is that of load testing. Load testing is a function designed to assess a range of questions in the orbit of how a software will behave when multiple users, sometimes thousands and millions, access and coordinate on it simultaneously. Your favorite online games have to do something that your food delivery apps don’t do; manage frequent interactions between users in a shared space.

This environment requires mobile game testers to determine what the threshold on the number of users on a server is, or whether or not your app is successfully communicating with the server in the first place. Is there a load that acts as a breaking point? What kind of memory is your software consuming? These types of questions push testers to consider their product’s limits, a necessary action when it comes to mobile game load testing. This type of testing also pulls the tug of war rope back in the direction of automated testing. Server loads can be pushed using automated functions that ping a server and act as a user, making it so testers don’t have to go out and buy a million phones (impossible) or rely heavily on beta testing in the early stages of development (great when avoidable to overcome negative first impressions from consumers). With that said, the latter option is employed by game testers across the world, particularly for established gaming companies and brands that have less to lose by exposing their new product to critical eyes.

As a game designer, it’s absolutely a must to take testing seriously. One faulty script at the launch of a game can crush it, particularly in an industry with a plethora of options for users to choose from. If a game doesn’t instantly have users hooked and they’re faced with a myriad of issues, the likelihood of them continuing onward is remarkably low. That’s why testing should be budgeted accordingly in game design teams, and items like scheduled mobile game load testing shouldn’t be overlooked. A successful game is only as good as its first impression, and proper testing ensures that a great game isn’t lost to a plague of glitches on day one.