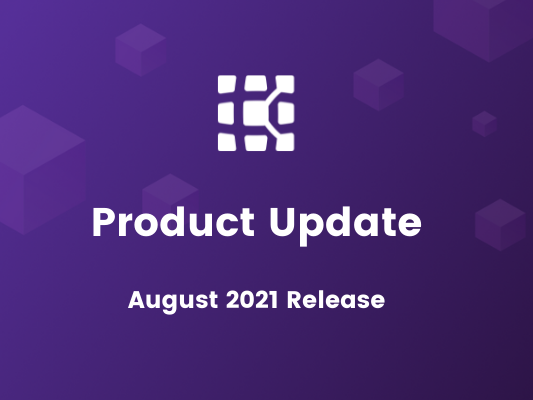 The August 2021 release is full of enhancements aimed at giving you a better UI experience, introduces accessibility testing assertions, and adds to our list of available integrations. Keep on reading for an in-depth look at our new offerings.

Just as important as it is to develop mobile accessible applications, is testing that the functionality works as intended- making the application useful to everyone. At Kobiton, we want to help make mobile accessibility testing a routine part of the release cycle. With that in mind, over the next few releases, we will be rolling out a series of testing capabilities aimed at improving accessibility testing. This release includes two of those assertions: Color contrast and Touch target for native Android apps.

As the assertions run on the app, NOVA will inspect each element and automatically detect issues affected in the application. As previously mentioned, these two are the first of a series that will be available in future releases. Stay tuned for more!

One Time Passwords (OTPs)- a security necessity but, the workflow of confirming an email and activating an account, can often throw a wrench in the testing process. Previously, we were able to bypass OTPs through the portal, but now OTPs can be bypassed through an Appium script exported from the Kobiton portal. This gives our customers the opportunity to test a more real-world scenario and saves a few testing steps in the process.

As a workflow improvement to our Data Driven Testing functionality, wait times have been added between actions to ensure test cases are properly performed. Adding this time avoids an action happening before the screen has rendered, which would impact the result of the test. This additional time allows the app to render and then run the functionality. 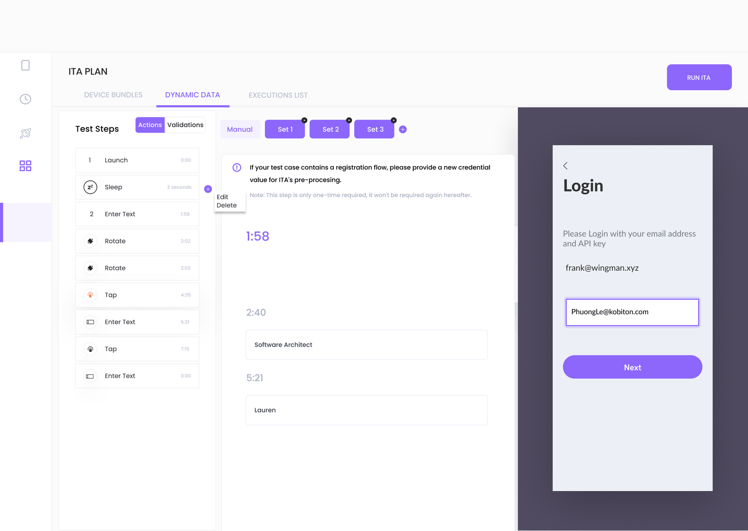 We know that testing can often include a large tool stack and we want to make it easier for you to use your favorites right from the Kobiton portal! The August release includes a new integration and an improvement to our TestRail integration.

During the planning process, Figma usually serves as the canvas for creating and/or updating the visual components of an application or feature. As an addition to visual validation, Figma's integration provides a screenshot overlay of a Figma design/layout over the app launched on a Kobiton portal device. This integration can serve as a visual comparison directly on the portal that eliminates going back and forth from screen to screen which can often result in details missed on the final product. 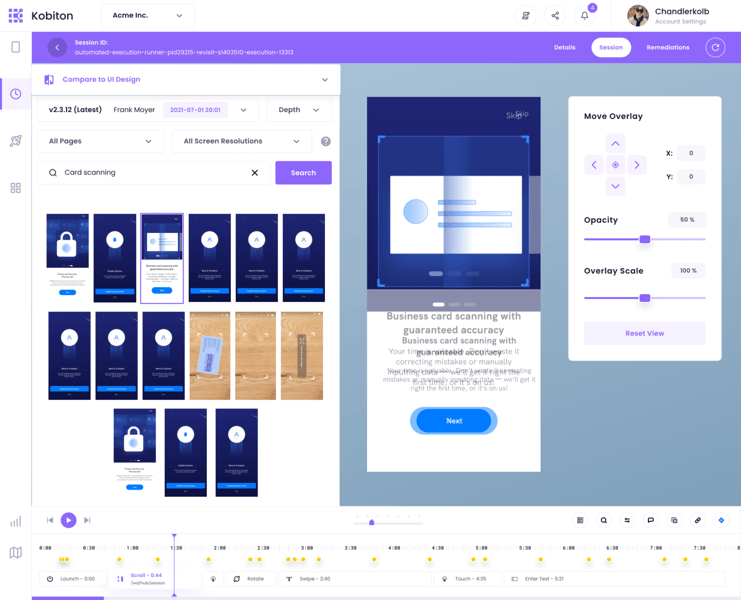 Our TestRail integration has gotten a major upgrade by creating an authentication form on the Kobiton UI. Once an admin has completed the authentication process, all users under that admin’s organization will be able to reach their TestRail test cases from the portal.

Search is one of those features that can drastically improve the user experience, as no one likes search results to return something other than what they are looking for. At Kobiton, we know how important it is to make things better and that applies to common tools such as search. Here are two enhancements that will make your search experience better on the portal:

Infinite scroll has replaced pagination on the session list page. Not a big change, same results just a different and faster way to get to them!

For our private device users, devices can now be tagged from the Kobiton portal. This allows admins to set who or which teams have access to specific devices. 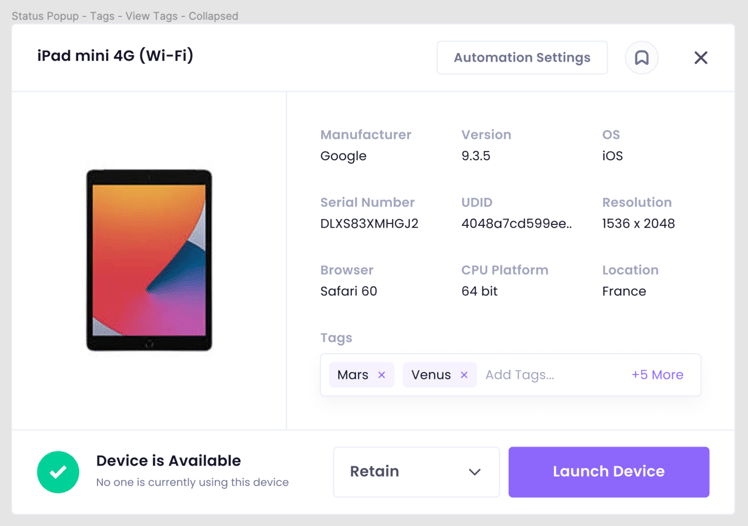 We are excited about the new features and enhancements introduced in the August release. With this release, as with all others, we aim to deliver an easy-to-use, robust, and resilient testing tool. Because testing is a comprehensive process and different from company to company, improving the UI experience and making integrations even easier to use will allow for a better testing experience to control how you test- in a safe and reliable environment.

Fall and Winter 2021 holds a lot more for us and for you! We are excited about where we are going and can't wait to share how we plan on making testing better everywhere with Kobiton.

To our customers and community,   It was recently discovered that Log4j has a critical...

November is here! Just a few more days to the beginning of the holiday season, and the end of...

Continuous Integration and Testing on Mobile can be challenging. From testing on real devices,...

To our customers and community,   It was recently discovered that Log4j has a critical...

November is here! Just a few more days to the beginning of the holiday season, and the end of...