Home
/
Blog
/
How Secure Is Your Mobile App?

How Secure Is Your Mobile App? 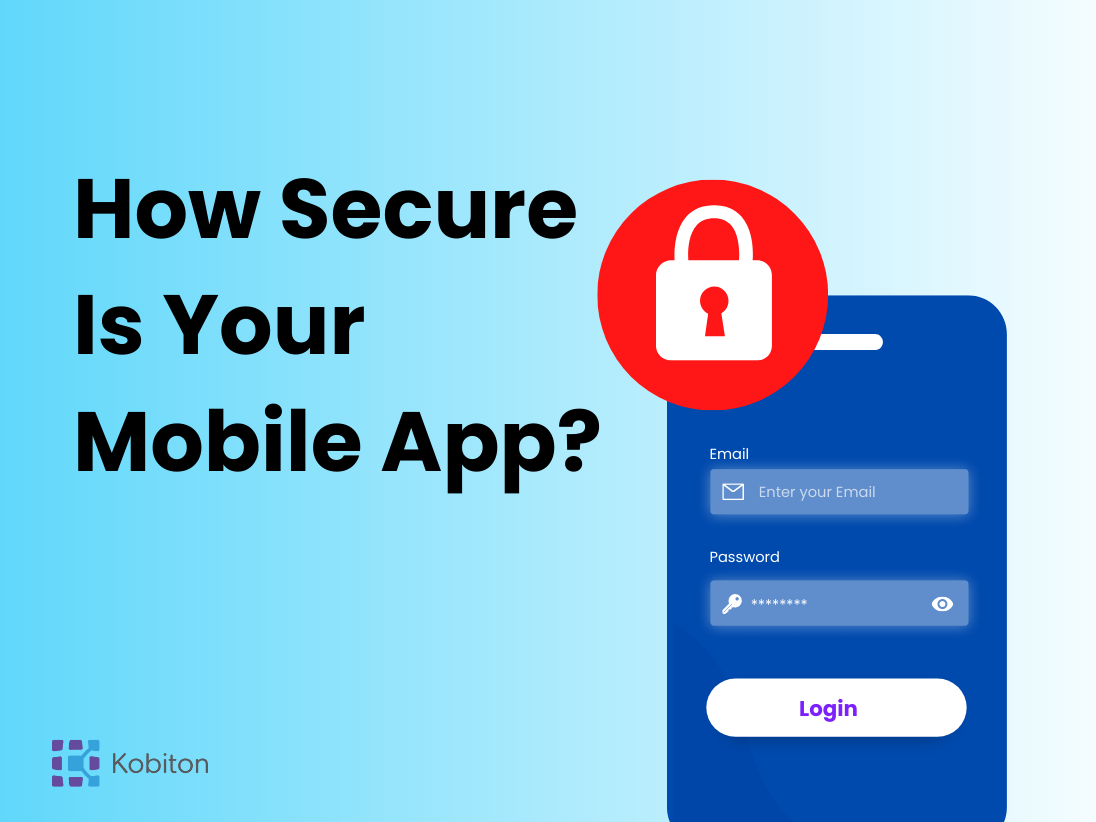 We rely on mobile apps for so many of our services in today’s age. Whether it be our banking, our finances, our investing, our retirement portfolio, our job search, our dating life, our social media or anything else under the sun, mobile apps can help users interface with nearly every facet of their personal lives. What’s needed? A phone and a wifi connection.

It sounds simple and ideal, because we want our lives to reflect just that. However, that simplicity is regularly in the crosshairs of malicious users and criminals who make their living off of exposing said simplicity in ways that can harm users and cause serious distress and financial ruin. Every month a new mobile data breach hits the news cycle, noting that thousands and millions of users had their personal data compromised in a recent hack. Maybe it was passwords, maybe it was coveted personal information. Regardless, security concerns in the mobile app testing realm have developed into an industry in and of itself as app developers exchange their time creating for time spent locking up their apps from would-be hackers.

From Slack having a hashed version of user passwords being shared with other users for a five year span to a Pegasus spyware tech data breach on 900 million Apple user devices, mobile app security is a serious concern that any mobile app developer has to stay cognizant of and test their systems for, lest they leave their business open to serious liability in the form of security breach, reputation loss and lawsuits. With that being said, let’s look at security in the mobile app testing realm to analyze ways in which testers are ensuring their apps are as secure and ready for market launch as possible.

Mobile app security testing involves taking up the banner of a malicious actor, imagining interacting with an app with the intent of accessing private information of other users or the organization for criminal intents and purposes. This type of mobile app testing typically starts off with testers analyzing an organization’s method of business, means of generating and securing economic transactions, and understanding the types of data that are handled by the organization. From that point, mobile app testers can use a variety of static analyses, penetration testing result analytics and dynamic analysis to assess their app for overall vulnerabilities and an understanding of how the app may be attacked by future users.

The mobile testing process for security concerns covers a lot of ground. The process includes as follows:

In general, mobile app security testing can be thought of in terms of a form of pre-market testing to guarantee that security forms work as expected before the app is rolled out. In a sense, it’s still part of the user experience; it just involves concepts that aren’t immediately seen or felt, like more viewed haptic measures are. This form of testing is also ideal in discovering edge cases, which can later on evolve into security bugs that the de team may have otherwise overlooked in their initial creative process.

The Mobile Battle of Apple vs. Android Wages On

Much like PC versus Apple security stats, the mobile app world is no different. Android tends to see more attacks on their security than Apple users. The openness and ubiquity of the Android mobile software lends itself to apps being ultimately more vulnerable to cyberattacks. Android’s source code is available for users around the world to freely access, which can mean that malicious actors seeking an easy way into an app can have something to model their code off of a bit more easily.

Just as well, Android simply doesn’t put its apps through the same rigor and security screenings that Apple tends to thrust upon potential apps in the App Store. This leads to way more Android apps being hit by spyware attacks at a much higher and more severe level than Apple. With that said, Apple apps aren’t immune to attacks, and development teams have to keep this in mind as they work on security measures.

Pen testing is the most common form of security testing for mobile security app testers. It’s an incredibly useful way to assess your app from the outside when you don’t have the range of security clout and knowledge in-house to measure every security aspect at an expert level. It’s typically used as a compliment to an overall security testing game plan and works great in conjunction with compliance testing.

When we consider how pen testing is executed, it’s first necessary to identify primary means through which our apps remain insecure. The most common vulnerabilities are through insecure data storage, untrusted inputs, code obfuscation, insecure communication and insufficient cryptography. This myriad of security risks puts an app under the microscope, requiring that mobile app security testers run pen testing in a manner that identifies risks from multiple vantage points.

Typical pen testing arrangements put mobile apps through the wringer by utilizing manual and automated techniques that analyze the application. These apps are designed to identify potential security flaws by measuring a variety of parameters during the operation. A pen test will look at design and architecture first and foremost, often using manual tests to assess insecure design. Network communication, in terms of how data is transferred over public networks, is another common vulnerability point that pen testing will focus on. Authentication measures, session management and data storage are other key zones to test, as clear text storage of sensitive data can often fall right into hacker’s laps.

Ultimately, users have to trust your app in order to engage with it. Particularly for commerce brands, one report of a security fault in the media can lead to a new app’s downfall. Managing the security of a network in turn manages the reputation of your mobile app brand, a necessity for any mobile app in a crowded, competitive market. Keep this in mind as you incorporate security testing measures, such as pen testing, into your regular testing cycle to ensure your product is safe and secure for users once it hits the market.

This blog was originally published on Mobile Labs and has been updated.   With the emergence of...