Home
/
Blog
/
Is Your App Ready for the Holiday Rush? 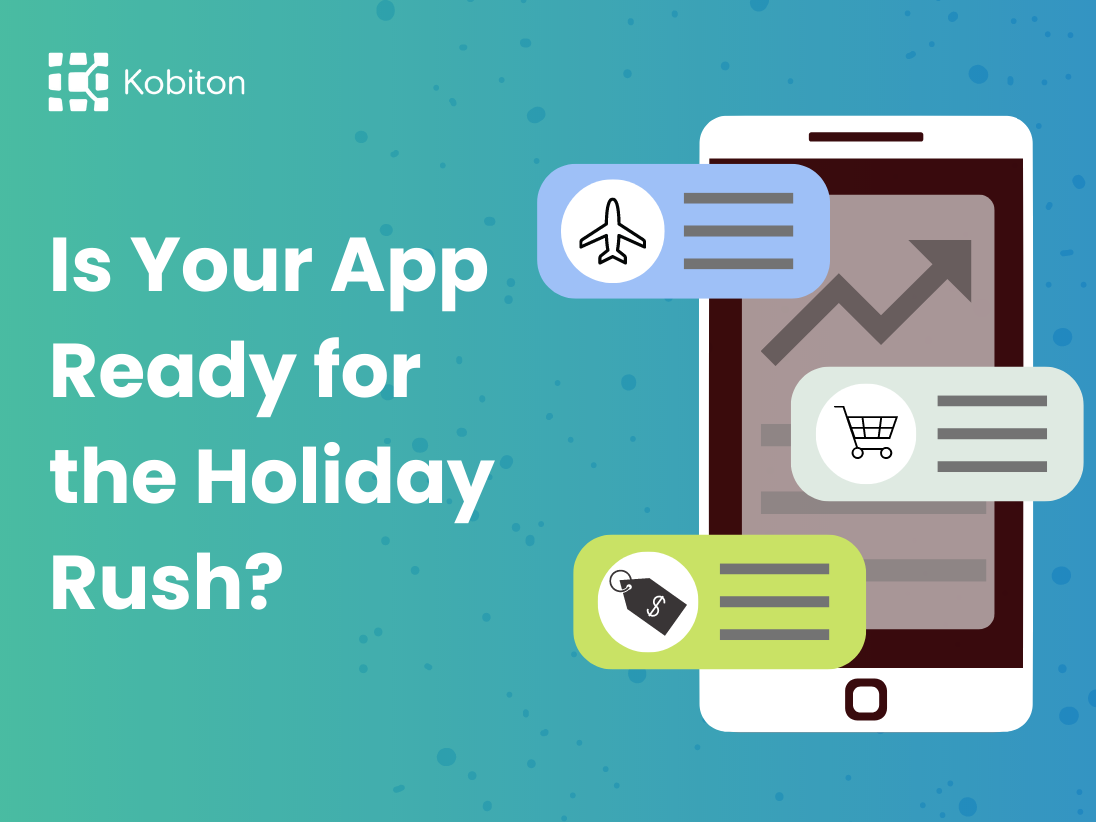 The temperature is starting to follow the flow of the leaves, dropping quickly as the season switches from autumn to winter. What follows the changing climate is the cultural touchstones of our holiday season, a two-month long marathon jam-packed with family get-togethers, workplace events, dinners with friends, travel across country and abroad, warming palettes that invite cozy beverages and wintertime staples, shifts in attire to reflect a need for long sleeves and thick coats, and plenty of shopping in the exchange of gift and cheer.

For mobile app developers, this signals a transition to primetime e-commerce in retail, travel and hospitality industries galore. As prospective shoppers download and interact with a bevy of apps in pursuit of saving cash, simplifying their shopping or hospitality experience, or just organizing events for work or friends, servers across the globe will instantly be put under a type of immense pressure that isn’t dissimilar from a true-to-life performance test.

With that incoming demand just around the corner, the question turns to this: Is your app ready for the holiday rush? Did your mobile testing team prepare for the burden of a diverse user group testing the limits of your functionality in real-time when it matters most? Have you focused on the most common load testing and performance testing endeavors to cast the widest net in capturing problems that are inflicted by heavy usage?

Let’s examine facets of performance testing that could prove the most beneficial for your testing team to consider as the holidays arrive on the scene.

When grappling with performance expectations for the holiday season, it’s critical to wrestle with the fact that mobile web contact has now supplanted all other web access points on the market, making up over half of all web traffic. Recent studies have demonstrated that nearly three-quarters of all e-commerce transactions will be initiated from a mobile device, and recent numbers from 2020 support this notion. One industry outcome of the COVID-19 pandemic is that social distancing placed a premium on businesses developing critical mobile infrastructure to simply survive economically in a retail environment that transitioned out of physical spaces to taking place from the comfort of one’s own couch.

This proved an accelerant in mobile app development for retail and hospitality industries, and the result is a lasting shift in how business is conducted. This retail behavior peaks in the timeframe from November 1 to December 31, a period in which retail spending on mobile devices reached $75 billion in 2020 and continued to climb in 2021. As mobile spending has now become fully entrenched in consumer holiday habits, recognizing the holiday time as the peak of performance stress testing is integral for a mobile app to retain viability during the onslaught of usage.

How Will Performance Testing Carry My App Through The Holiday Rush?

Okay, so the holidays this year could push my mobile app to the absolute brink… how can performance testing keep things running just peachy? It’s not uncommon for mobile testers to think of performance testing as strictly measuring the speed of an app; the truth is that mobile performance testing is multi-faceted, encompassing a variety of tests that measure how well an app performs under real-world conditions, interacts with the network and handles the stress, volume and loads at the server level.

Ultimately what that means is that for your app to be ready for the holiday rush, you should ensure that it functions appropriately across the following tests:

While more in-depth analyses of these various tests are available in Kobiton’s info guides, we’ll briefly run through how each type of Performance Test can properly prepare your app for the holidays.

The holidays will push your app to its absolute breaking point, and a great marketing team will ultimately place unknown stresses on your mobile app as users flock to interact, shop for products, book services and stays, and overall engage in the joys that the holiday season brings us. Knowing as many of those stresses and breaking points before the crowds come flocking in will do the most to ensure that your app can handle the load and march through the season with peak revenue and a batch of users ready to return next year.

Winter is coming… is your app ready for the holiday rush? Now that Performance Testing is on your radar, you can coordinate with your team to prep for the final stages of battle, ready and poised for the mobile testers to stand victorious atop the melting snow as the seasons change once again.