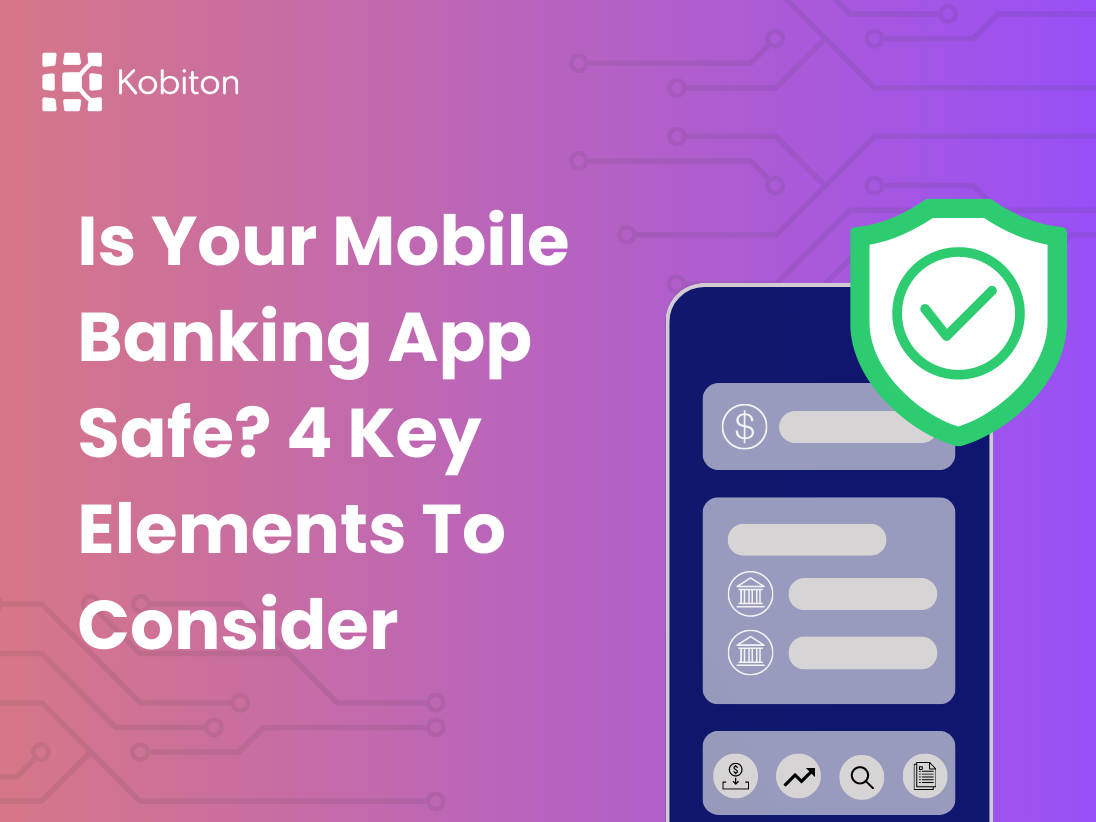 This blog was originally published on Mobile Labs and has been updated.

With the emergence of mobile banking apps, a huge percentage of banking transactions have already moved away from traditional methods like using services of ATMs or bank branches. In light of this progression, banks are continually striving to introduce innovative and advanced mobile services. It goes without saying that the end users’ expectations are also rapidly increasing. Such expectations include the highest level of performance, support for a never-ending number of mobile devices and a complete package of features that can empower them to meet their routine banking needs seamlessly. In this scenario, testing of mobile banking apps has become extremely crucial to ensure a flawless and smooth user experience. Banking applications deal with absolutely confidential financial data, which has made their testing one of the most difficult ones with some major and mandatory elements. Let’s have a look at 4 key elements that have to be considered while testing mobile banking apps.

Getting the Right Kind of Test Data

Different types of misuses can happen if a customer’s personal information gets uncovered in public domain. Hence, to prevent this, most countries have strict regulatory requirements that often make the personal information inaccessible to the testers. To produce the right kind of test data, a tester should consider retail banking apps that validate testing over different devices. For instance, in the case of two customers having short and long names and different account balances, testing the app with this data may ensure the intactness of the screen layout in different cases. Merging of synthetic data creation with data masking empowers the tester to deal with this problem successfully. The personal information is obscured while the synthetic test data is generated after actual comprehension of the business flow.

Testing Device Performance for Dealing With Large Volume of Data


Another key element of mobile banking apps testing is device performance with regard to a large volume of data. A small action taken by a user can result in generating a large volume of data including user location, log-in date, time etc. As different mobile devices consist of different hardware resources, testing should cover every interface by creating distinct data sets to eliminate the effect for a specific feature across interfaces. Key factors to be considered while testing are:

It’s crucial to mitigate the risks arising out of the technical and functional differences between test and production environments at a later stage. Generally, in a production environment, files are transferred automatically through FTP whereas in a test environment, the same is done manually by the testers. In the former scenario, the automated transfer is capable of detecting issues like repetitive transfer of same file, delay in transfer etc, thus mitigating significant issues. In reality, any of these issues can lead to serious customer dissatisfaction. So, while defining the test plan, differences between both the environments must be taken into account and conveyed accordingly to the testers.

As diverse mobile devices and their respective operational differences increasingly become the norm today, it’s almost impossible to test all combinations. After all, it isn’t feasible to test the apps on different platforms running various OS versions and on a considerable range of devices from different manufacturers. Instead of giving this task even a try, testers should embrace a subjective approach. For instance, they should think of the devices/platforms that have biggest penetration in a specific geographical area. To optimize testing efforts, such insights can be obtained from Google Analytics, Dynatrace, etc. Marketing research teams should be able to provide the testers with valuable inputs related to customers’ app usage patterns, which can help in testing the apps.

Testing of mobile banking apps is quite a complex process. Testers must be adequately competent and a technically and strategically dynamic test plan has to be in place for successful and time-bound testing. Most importantly, as banking domain is unquestionably the most endangered area for cyber-theft, testers must concentrate on safeguarding personal information through precise testing. That’s why these key elements should be considered by testers when they test mobile banking apps.