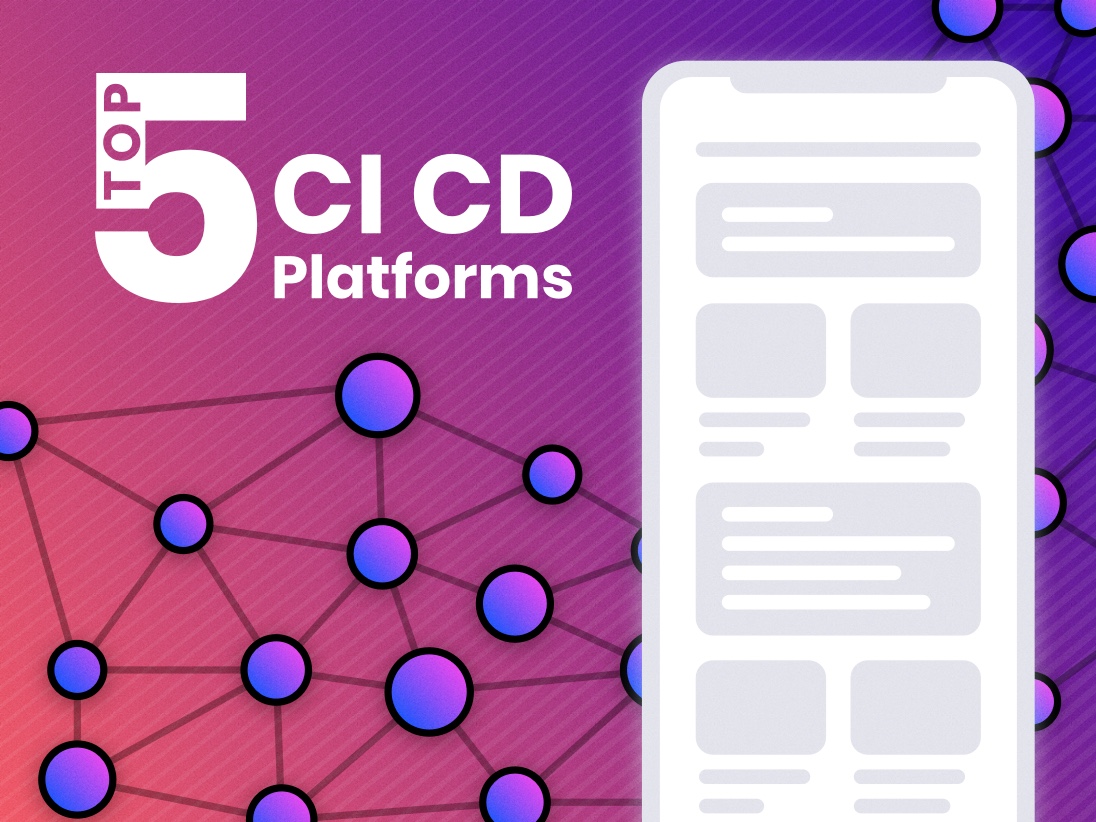 Continuous Integration (CI) and Continuous Delivery (CD) are two hallmark processes of a modern development team. DevOps teams that ensure that their pipeline of product development funnels through the best CI/CD platforms set themselves up to reach the finish line of their product launch in an expedited yet focused fashion.

A CI/CD platform helps to generate a connection between coders and the end product. Throughout the process, code will be written, tested rigorously, combed for security checks, and readied for deployment. From start to finish, CI/CD platforms provide automated methods for coders and testers to achieve release ready mobile applications. CI is implemented so that application construction can always be standing in a working state, allowing coders to continuously integrate code through a series of tests into an application that’s freestanding. CD differs and augments by focusing on market functionality, testing newly-integrated code against software and application updates to guarantee an application is constantly market-ready in a performance sense.

These two automation techniques are a must for DevOps teams in 2022, which takes us to the next logical question: what are the top CI/CD platforms that handle application development from the first lines of code to launch? We’re going to answer that question today by taking a look at the top five CI/CD platforms. We’ll also consider how Kobiton utilizes CI/CD platforms in testing applications.

TeamCity is a continuous integration server for DevOps and build engineers. The immediate positives are that it’s available for free for smaller teams and open source activities. Some of the benefits of TeamCity as a CI/CD platform are that it allows for compiling and testing processes, giving users instant feedback on how their builds are progressing. You can automate code to analyze and test failures all in one hardy-constructed, simple-to-use web interface.

A number of users, including Apple, Salesforce, Stack Overflow and eBay make use of TeamCity as a web container platform. With the ability to run multiple builds under a variety of configurations simultaneously, all while having incredible in-depth knowledge of ongoing statistics regarding success rates, code qualities and build durations, TeamCity is easy to recommend as a go-to for any team looking for the best CI/CD platform to quickly integrate into their build process.

Powered by Microsoft’s App Center, this CI/CD platform ropes together a number of apps already used by DevOps teams into a single development hub. From construction to deployment of mobile apps, teams can utilize Visual Studio App Center to carry their product from the idea stage to the launch stage in a single location. The App Center integrates fairly seamlessly with Github, Bitbucket, Slack and Microsoft Teams, all located on one hosted platform. You can ultimately run test cases on more than 400 unique device configurations, a plethora of options afforded to a development team for flexible pricing.

If you’re looking for an open source option for continuous integration with a focus on mobile development, Bitrise is a great option. Designed to automate testing and deployment of apps in just a few moves, Bitrise allows users to run each mobile app build within its own virtual machine. Data is discarded upon the completion of a build, so there’s less need for vast arrays of servers and storage space for users. Bitrise features integration with a number of existing services, such as Slack, HockeyApp, Crashlytics, Ruby, Android SDK, React Native, Parse, Xamarin and more. Used by everything from Fox to The Weather Channel, Bitrise has a scale of integration that makes it ideal for teams that have a number of services they leverage concurrently.

GoCD is a ready-made continuous delivery server that offers businesses a first-class build and deployment platform to gain maximum visibility of the inner-workings of their app and the testing cycle. GoCD lets users run tests written in a variety of languages, providing crucial test reports throughout the process and allowing users to compare files across multiple builds. The entire process is constructed using complex workflows that help to rid teams of the bottleneck that they can become so accustomed to during heavy development sessions. Integrating with GitHub, Atlassian, Docker, and more, users from ThoughtWorks to OpenX have all made GoCD their CI/CD platform of choice.

Bamboo, a CI/CD platform from Atlassian, is our final recommendation. With the benefit of multi-stage build plans, set up triggers to generate builds upon commits, and ultimately assign individuals to deployments. You can also integrate automated testing cycles into Bamboo to measure for issues and bugs after each modification to the code. Integrations include Crucible, HipChat, RhodeCode, Heroku, GitLab, Visual Studio and several other products. Overall, Bamboo is a tremendously versatile product with a low cost (free trial period with paid plans starting as low as $10) and high productivity magnitude.

Kobiton offers integration services with a number of mobile products. Kobiton has IDE integration with Jetbrains and Visual Studio, as well as platform integrations with products including Travis CI, TeamCity, Jenkins, Azure DevOps, XebiaLabs, CircleCI and Jira Software. Kobiton’s state-of-the-art mobile integration architecture is designed to integrate seamlessly, with as little effort as possible on the user end so that you can focus on the building and testing side of your product and arrive at market as quickly and readily as possible.

No matter the option, continuous integration and continuous delivery should be vital components of any DevOps strategy. Explore the myriad of ways that you can enhance your build with integrations and get started today down the path to efficiency!